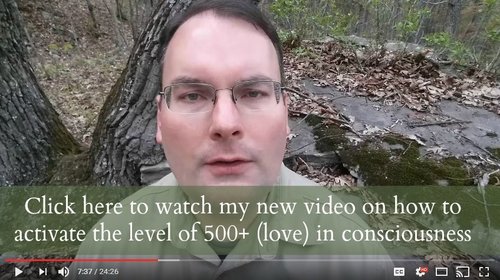 Though each full moon presents us with an opportunity to bring forward our deepest unresolved karmic patterns, this particular full moon is the highest vibration full moon of the year, and is presenting us with the greatest opportunity to fully release limiting patterns of the past and to ascend in consciousness.

This full moon is known as “Wesak”, and though originating as a Buddhist holiday, it’s become associated with the ascension movement because of the powerful energetic opportunity this day presents.

My intention for our full moon group clearing this month is to help you resolve so much karma that your personal level of consciousness will be able to ascend (at least temporarily) into the 500+ range of consciousness.

This number is taken from the David Hawkins Scale of Consciousness, where he describes this number of 500 as being the level of “love” — not wishy-washy love based on the approval of other people, but a love that emanates from within you, not caused by anything external–a truer expression of your being than you may have ever experienced before.

David Hawkins (the author of Power Vs. Force) describes that, at any given time, only 4% of people on Earth are vibrating at 500 or higher, and that for each person who vibrates that high, they have the spiritual effect of counterbalancing the negativity of 750,000 who are vibrating in mass consciousness.

“Mass consciousness” (levels below 200 on the Hawkins scale) is where all wars are fought, all crimes are committed, all dis-eases exist, all poverty and starvation exists, etc.  Just by raising ourselves into a higher vibration, we are lifting ourselves out of those conditions — and when we do this work as a group, we are lifting millions of other beings

My mission this month is to help you (and your family and friends — as they will be included automatically when you sign up) to clear and ascend to this level, and to sustain this level of consciousness for as long as possible.

If you have felt frustrated, confused, or angry by the many challenging situations going on around the world, one of the most powerful ways of changing things is to raise your consciousness to a point so high that you begin to undermine the collective negativity of the planet.

At everyone’s core is a core of love.  People fight, hate, and have internal and external challenges because they can’t access this high consciousness.

By joining me for this clearing, you are participating in a form of spiritual activism that will bless countless millions (including yourself).